Hello All! I’m Katie Lewis and I am the author of Committing Carbocide. I’m hopelessly addicted to breads, muffins, every conceivable sweet…and maintaining a svelte figure. Surprisingly, the two do not have to exist in mutually exclusive worlds. That is exactly why I started this site! I will show you, too, the beautiful art of whole wheat baking.

When I first began seriously trying to get in shape in college, I vehemently swore off anything that was not produce, ancient grains, nuts, and eggs (It’s probably worth mentioning that I’ve been a Veg for a few years). While such restriction  was conducive to a slim figure, such a limited diet does not jive so well when you want to have a legitimate social life. I feared anything outside of my self-established food groups. It’s not as if you can take shots of a protein shake on your best friend’s birthday, so I knew I had to shake things up and step outside of my bubble.

I now find baking to be nearly as cathartic as the runner’s high. I can proudly say, avid baking and all, that I am more in shape now than I ever was on my constrictive diet. I’m also enjoying myself a heck of a lot more. All I had to do was establish a few golden rules for myself. The most important of those for me is “Katie, if you want something sweet, at least make it whole wheat.” It’s hard to forget when it rhymes and is corny as hell. I’ve spent countless hours making healthy substitutions to my favorite recipes – whole wheat for all-purpose flour, dark chocolate chips for milk chocolate, skim/almond milk/soy milk for whole milk, and so on. Last, but not least, I try to limit my ingredients – excluding the use of spices. What’s worse than picking up a ‘healthy’ item in a grocery store and seeing an ingredient list long enough to rival one of Homer’s epic poems? I incorporate spices, especially cinnamon, whenever possible, given that they’re great for your metabolism!

Thank you for visiting Committing Carbocide and I look forward to hearing from you all! 🙂

View all posts by Committing Carbicide 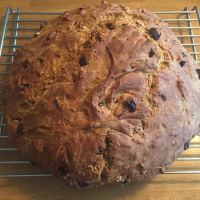 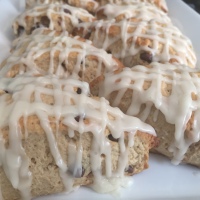